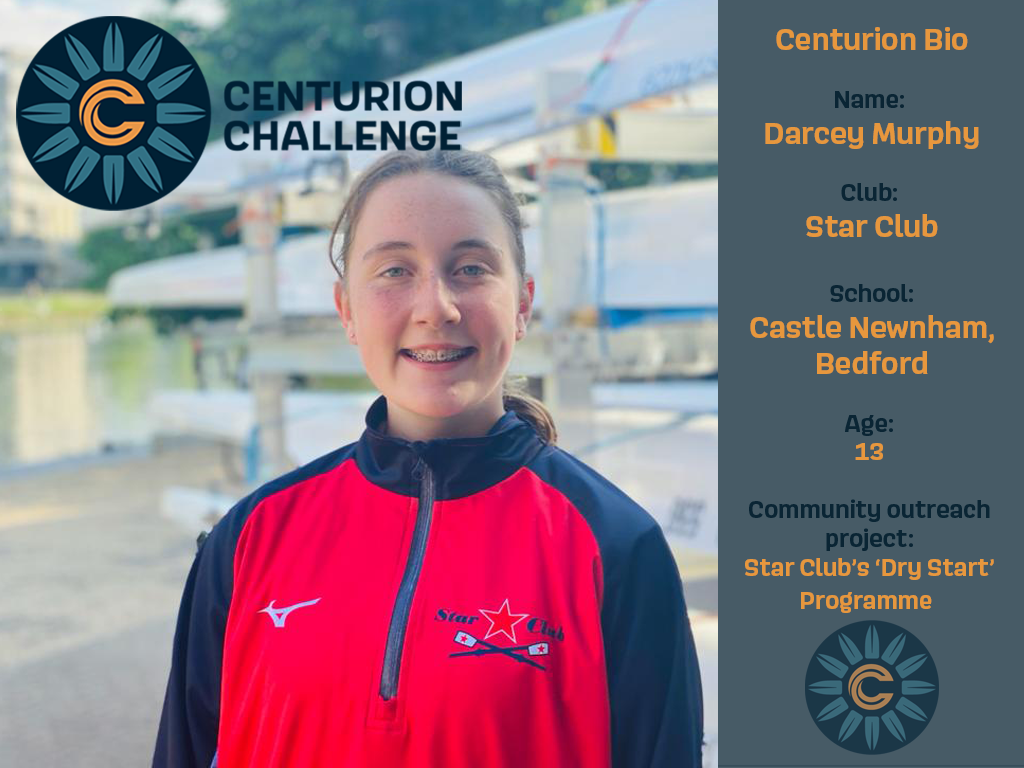 Star Club’s Centurion is Darcey Murphy, who began her rowing career her home town of Bedford back in September 2019. She's now the youngest member of Star Club’s junior squad!

Darcey’s sporting prowess was inherited from her father, who was a keen sportsperson having played cricket at school before discovering rowing later in life, at Bedford Rowing Club.

With two older siblings, she was the first of them to take to the water and immediately showed a natural aptitude for rowing, impressing her coaches and squad mates from the beginning. 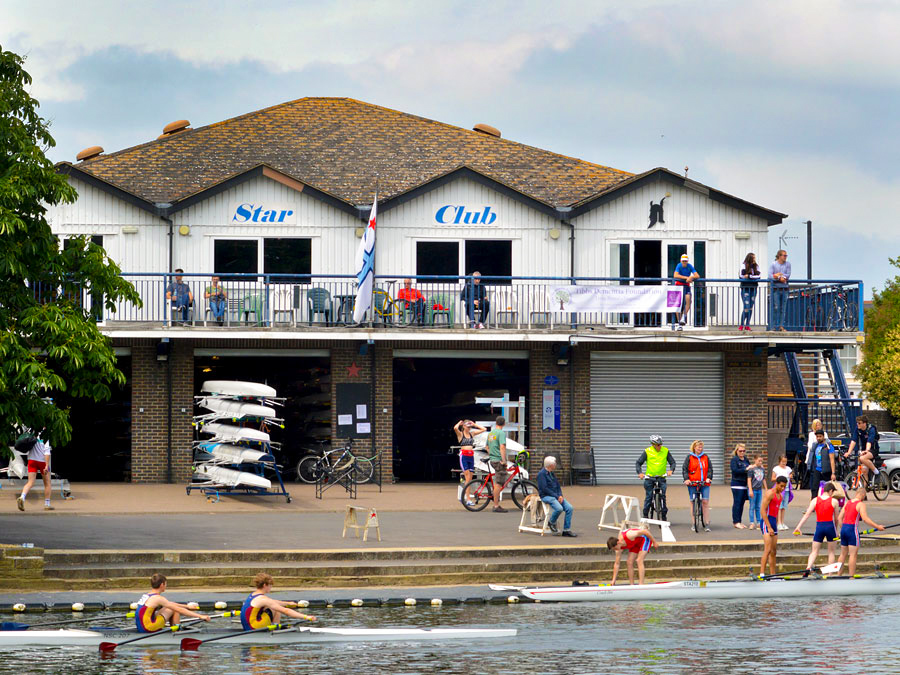 What is the project you are raising funds for?

Star Club is currently running a ‘dry start’ programme, in partnership with two schools in Bedford, aimed at introducing young people to indoor rowing, and to provide opportunities at the club to take up the sport.

By working with LYR and raising funds from the Centurion Challenge, Star Club will employ a Community Coach to run the dry start programme, and will expand the project to working with six schools in the local area.

What are you doing on the day?

We’ll be having a club open day on the 12th September, and will be looking to create huge engagement and presence from the club at both ends of the river. With our club open days normally taking place at that time of year Star Club it’ll be the perfect opportunity to create a landmark day to celebrate Darcey taking on the Centurion Challenge.

She continues, "This is not only an amazing achievement and opportunity for Darcey personally but also brings forward work to support local state schools in promoting rowing which will open up further opportunity for young people in Bedford.

We are also delighted to learn of the charitable mission of the Centurion Challenge and fully support Darcey in her fundraising efforts. Well done Darcey and thank you Star Club Rowing, London Youth Rowing and to Andrew Triggs-Hodge. We'll all be rooting for you!”